Somacho is the only company
which continues to specialize in producing veludo in Nishijin,Kyoto,
where the history of veludo began in Japan.

Our foundation -alongside the development of velvet in Japan.

Veludo or velvet, was first introduced to Japan from the Portugal in the 16th century. The development and production of veludo started after its introduction in Nishijin and Nagahama.

During the continuous lines of the development, Mr. Chotaro Soma developed Japanese style shawls using the loop woven velvet with hand looms, and established Somacho in 1933.

Our transformation – change with the times

Given the changes in style from Japanese to more western influence focused, by early 1970’s Somacho began producing various fabrics including georgette fabrics and fabrics for cosmetic puffs.

Given the initiative led by the 2nd CEO, Mr. Shoji Soma, to utilise the technical skills obtained from the study of loop woven velvet, Somacho produced fabrics were widely supported and favored by many domestic retail brands by late 1980’s, and were often seen in various fashion shows including Paris Collection.

Our future – to the new stage

Somacho is committed to continuous development and improvement while responding to the generation’s needs and demands.

Characteristic of the product 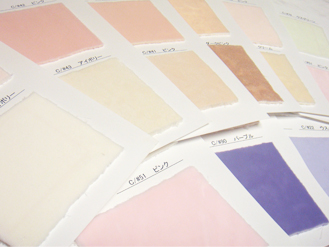 About 90 different types of puff fabrics are currently available.

Characteristic of the product 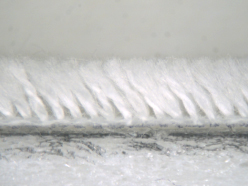